A Woman’s Work: The cheerleader who took on the NFL...

What now for racing & Elliott after scandal of dead...

The key questions as trainer Gordon Elliott is banned for a year, with six months suspended, amid fallout from the dead horse photo scandal.The...
Read more 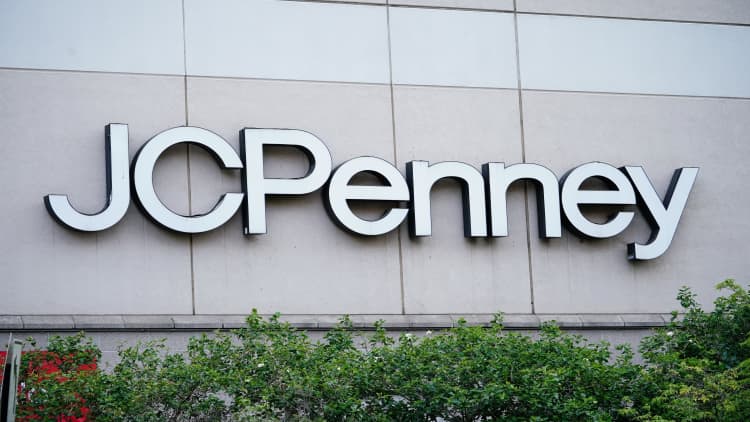 Consumer spending plunged by a record 16.4% in April, but one category saw a bounce: nonstore retailers.

Included in this category, which saw an 8.4% month-over-month increase, is online shopping. With much of the country under shelter-in-place orders during April, consumers increasingly turned towards e-commerce giants like Amazon for their shopping needs.

Other retailers are also seeing a bounce in online orders, but Amazon’s market share, as well as the one-stop-shop nature of the site, means it’s often the first choice for consumers.

“In typical Internet fashion, a winner-take-most model played out with Amazon now accounting for 40% of US [gross merchandise volume],” Bernstein analysts said Friday in a note to clients. Benstein pointed to Amazon’s large production selection, lower prices, and reliable delivery as factors that will make it a “clear beneficiary of eCommerce acceleration.”

As the pandemic took hold in the U.S. in March, shares of the Seattle-based company initially moved lower, but since then the stock has recovered — and then some. Amazon hit an all-time intraday high of $2,475 on April 30, and shares have gained nearly 30% this year, compared with the S&P 500′s 11.7% decline.

In the first quarter, Amazon said that net sales jumped 26% year over year to $75.5 billion as people flocked to its site. The volume was so high that the company temporarily halted delivery for non-essential items while hiring 175,000 additional workers to keep up with the heightened demand.

″Amazon loyalists leaned so heavily into this channel that they broke it – with the company pivoting away from non-essential deliveries and hiring 175K more workers to keep up. Walmart and Target loyalists did the same thing to those retailers’ nascent digital channels,” Bernstein added.

Amazon is not the only retailer seeing a spike in online sales. On April 23 Target said digital sales were up 275% month-to-date, while Best Buy said in an April business update that domestic online sales jumped 250%. Wayfair, Shopify and Overstock.com are among the other online retails that have reported rising sales.

Looking to capitalize on the digital sales surge, Walmart announced on April 30 that it was rolling out its Express Delivery service. The company accelerated the development of the service in an effort to meet growing demand for delivery, while also announcing plans to hire an additional 200,000 people.

While all of these companies have seen a jump in sales, their market share of the digital shopping sphere lags Amazon by a significant amount. Amazon makes up roughly 40% of the market while Walmart, the second largest player, occupies around 5% of the market, according to eMarketer.

Shares of Walmart are up about 4% for the year while Target has slid 5%. The SPDR S&P Retail ETF (XRT), which tracks the sector, has dropped more than 20%.

Amazon expects the jump in sales during the pandemic to lead to longer-term gains. For the second quarter, the company said it expects net sales to come in between $75 billion and $81 billion, representing year-over-year growth between 18% and 28%.

“We believe that the long term steepening of Amazon’s growth curve driven by the acceleration of consumer adoption of ecommerce and enterprise adoption in cloud computing, enabled by the company’s investments in fulfillment and infrastructure, and the associated high returns are likely to drive significant share price outperformance well beyond the current crisis,” Goldman Sachs analyst Heath Terry said following the company’s first quarter results.

The 8.4% jump in sales for nonstore retailers was the second largest in history, going back to 1992 when the data was first tracked.

For April the 16.4% drop in retail sales was larger than the 12.3% economists surveyed by Dow Jones had been expecting. Clothing sales was the hardest hit, dropping 78.8%, while restaurant spending fell nearly 30%.

Shares of Amazon were slightly lower on Friday.

Teenagers arrested after car stolen with two young children insideon February 21, 2021 at 2:38 am

Jeff Bezo And The Amazon Corporation

This article will focus on the book entitled "Bezos: The Last Tycoon" by Thomas Allen and Kevin Keller. In this work, Mr. Allen and...
Read more

Victims’ law call amid falling confidence in criminal justiceon February 24, 2021 at 1:22 am

Business cards are the first thing that people see when they walk into your office or home. It is very important to include them...
Read more

While consumers face the prospect of meat shortages as coronavirus infections shut down processing plants across the country, farmers are making tough choices about...
Read more
Business

Stocks fell on Friday to end another volatile week of trading, pressured by a spike in coronavirus-related deaths in New York while investors digested...
Read more

Trump impeachment: Democrats say Trump left those at Capitol ‘for dead’on February 11, 2021 at 2:33 am

Super Bowl 2020 Host City OptionsThe Super Bowl looks like it is set to be a major bidding war again for the title...
Read more
Business

Boris Johnson hopes all legal limits on social contact could be lifted in England from 21 June.Shops, hairdressers, gyms and outdoor hospitality will reopen...
Read more
Science

The air passengers did not declare they had been in a country deemed a high Covid risk, police say.image copyrightPA MediaFour air passengers have...
Read more
Science

It is now common knowledge that the newest social media website, Facebook, is a very powerful tool for building a brand name and generating...
Read more
Business

United Airlines grounds planes after engine failureon February 22, 2021 at 3:20 am

The airline stops flying 24 planes after an engine burst into flames soon after take-off from Denver.United Airlines says it is grounding 24 of...
Read more
Home of Science
Facebook
Instagram
LinkedIn