Apple Will Host a Virtual Worldwide Developer Conference on June 22

“WWDC20 will be our biggest yet, bringing together our global developer community of more than 23 million in an unprecedented way for a week in June to learn about the future of Apple platforms,” said Phil Schiller, Apple’s senior vice president of Worldwide Marketing. 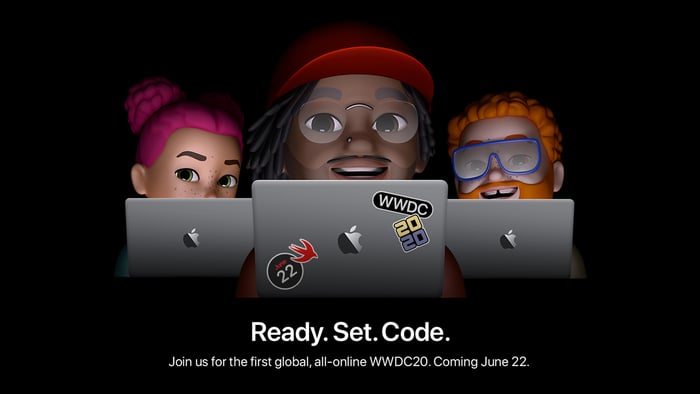 Historically, the event has been held live over five days. It has become a springboard for Apple to announce major software updates to the operating systems for a host of its products, including iPhone, iPad, Apple Watch, Mac, and Apple TV.

The iPhone maker also announced the Swift Student Challenge, which will give student developers an opportunity to showcase their coding talents. Apple is encouraging young developers to create and submit a three-minute interactive scene using Swift Playground. Winners will receive an exclusive WWDC20 jacket and pin set.

Swift Playground is an educational app that helps students learn the Swift programming language. Apple pointed out that more than 350 student developers from 37 countries attended WWDC last year and is hosting the event to “recognize and celebrate the creative contributions of our young developers from around the world.”

Apple also said that additional details about its popular developer conference, including keynote events, platform updates, and schedules would be shared closer to the start of the event.

People in parts of south-west England report seeing a "streak of light" hurtling across the sky.image copyrightO'Prey familyAn "extremely rare" meteor known as a...
Read more

U.S. taxpayers set to be major investors in the struggling airline industry

The U.S. taxpayer will be a major player in the struggling airline industry, as many carriers are set to receive government aid with conditions...
Read more

How to Properly Address Business Cards

People tend to use business cards almost like a lifestyle. Whether you attend a conference or party, handing out your contact information can be...
Read more

Thiem comes from two sets down to beat Kyrgios at Australian Openon February 12, 2021 at 12:10 pm

Watch highlights as Germany got off the mark in style at Euro 2020 as they tear Portugal apart with an impressive attacking performance winning...
Read more
Business

Egypt will ban any public religious gatherings during the holy Muslim fasting month Ramadan starting in around two weeks to counter the spread of...
Read more

Instagram is a social networking site where you can connect with other people around the world who share the same interests as you. One...
Read more
Science

Does Jeff Bezos Own Amazon?

Some have questioned the wisdom of Jeff Bezos purchasing Amazon and wondered if he will be an owner instead of a director. Is this...
Read more
Science

Research now shows that some individuals with pleural mesothelioma live an average of five years with successful surgery, while others live an additional three...
Read more
Business

The daughter of a fraud victim says it took hours to speak to staff after thousands were stolen from her father's bank account.image copyrightSteve...
Read more
Business

Premier League TV rights: Broadcasters agree to roll over existing dealon May 13, 2021 at 8:01 am